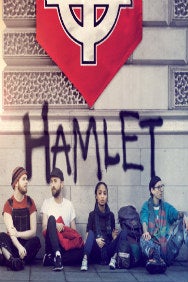 Join us this summer for an outdoor promenade performance of Shakespeare’s Hamlet in the beautiful grounds of St Paul’s Church in the heart of Covent Garden.

Amid the rubble of the old politics a populist King rose to power, promising a return to England’s golden age. But now he is dead, murdered; and in the following bloodbath his brother has seized the throne.

A masked figure has been seen, stalking the shadows. There is whisper of a resistance, gathering in the dark.

To be or not to be, that is the question - but can the nation’s heir, Hamlet, find the answers?

Uphold the state; or join the rebels?

Be ready to choose in this thrilling contemporary production of Shakespeare’s greatest play.